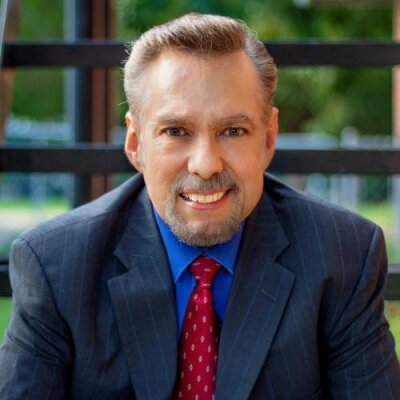 Having received both a bachelor’s and master’s degree in secondary education, Joe began a ten-year career as a high school teacher providing instruction in economics, Spanish, Bible, and computers. While in his teaching career, he furthered his graduate education, earning a doctorate degree in education with a double-minor in computers and theology. His career focus changed to IT in 1992 when he started as a Computer Consultant at NC State University. Three promotions later, Dr. Perez ended his successful 25-year career at NC State as Business Intelligence Specialist when he took another promotion to become Senior Business Analyst at the NC Department of Health & Human Services in September 2017, and has since been promoted to Senior Systems Analyst and Team Lead. With more than 4500 followers on LinkedIn and several professional certifications, Perez has stayed active in the IT community as a much sought-after resource, highly-recommended technical/motivational speaker, data analytics & visualization expert, and specialist in efficiency and process improvement.

Through all these years, Dr. Perez has never lost his love for teaching, having been a guest speaker in numerous schools, churches, and other organizations. When he takes a break from work, he enjoys spending time with his wife of more than 30 years and their children, whom he says comprise the "best things that ever happened to me." He also sings, plays the piano, composes songs, does technical and motivational public speaking, and has performed radio PSA's and voiceovers for schools and other organizations. He also serves as pianist and music director to his church’s Hispanic ministry, teaches their Adult Bible Fellowship class, and interprets the sermons to either Spanish or English, depending upon the audience. If there's any spare time left, he enjoys publishing a monthly military newsletter (as editor-in-chief of “The Patriot News”), working out in the gym, is an avid reader, and tries to catch up on the occasional Star Trek rerun on Amazon Prime. "A busy life indeed, but I wouldn't trade it for anything in the world. I’m a firm believer that if I’m not innovating, then I’m stagnating," says Joe.
Featured in
Making Data Actionable: From Concept to Visualization, Friday July 12, 2019 9:30 a.m.