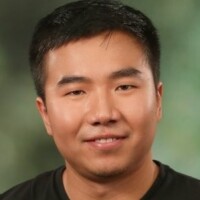 Nong founded Okera in 2016 with chief executive officer and co-founder Amandeep Khurana. Prior to Okera, he was on the engineering team at Databricks, where he led performance engineering for Spark core and SparkSQL. Prior to Databricks, Nong was the tech lead for the Impala project at Cloudera and also the author of the Record Service project. Nong is also one of the original authors of the Apache Parquet project and mentors several Apache projects, including Apache Arrow. Nong has a degree in computer science from Brown University.