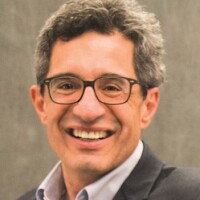 Michael Kanellos, IoT Analyst at OSIsoft, tracks how innovation and IoT will impact energy, people and business. He’s written for over 20 years for CNET, Greentech Media, Forbes, Wired, Computer Reseller News, the New York Times and other publications and appeared as a guest on outlets like NPR, 60 Minutes, Fox News, CNN, the Today Show and Al Jazeera. Prior to technology, he also worked as an attorney, a Census Bureau enumerator and a busboy in a pancake house.