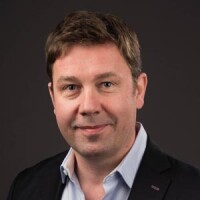 Michael Hughes is responsible for LoopUp's product development and platform operations worldwide, based in San Francisco. Prior to LoopUp, he was a founding member and CEO of Pagoo, a pioneering VoIP company. He played a key role in setting strategy, fundraising, building the early stage team and expanding into Europe and Asia. Prior to Pagoo, he was a strategy consultant with Monitor. He has an MEng from Imperial College, an MBA from Stanford as an Arjay Miller Scholar, and was awarded a Sainsbury Management Fellowship by the Royal Academy of Engineers. Michael was made a Member of the Order of the British Empire in Her Majesty’s 2017 New Year’s Honors List for services to graduate development via the Silicon Valley Internship Program.