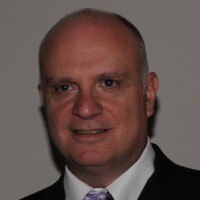 Michael F. Angelo CRISC CISSP, is a chief security architect at Micro Focus. Michael is active in the security community and participates in numerous international and national advisory councils. Currently, he chairs the ISSA International Webinar Committee, is a technology contributor to the BIS ISTAC and has been the co-chair of a working group striving to change the current security export regulations. Michael has also been on the RSA international symposia committee. He has also been a featured speaker at national and international security conferences, including RSA, ISSA, and InfoSec. Michael currently holds 63 US patents, with the majority being in the area of security and authentication; he is a former Sigma-Xi distinguished lecturer. Mr. Angelo was also recognized as Inventor of the Year for the City of Houston and received a TCPA lifetime achievement award. Michael is an ISSA Fellow and was named to the ISSA Hall of Fame.