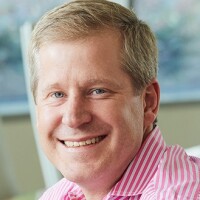 With Koehler’s support, IBM reset its core strategic direction to be cloud-native and has radically advanced its cloud capabilities. By driving technical and cultural change and the way the company designed, built, and operated its core technology assets, Koehler helped accelerate IBM’s transformation. With security being a central priority for IBM, he brought all of the security teams together to ensure IBM had the world’s most compliant cloud, strengthening the company’s technical credibility.

Prior to his role at IBM Watson and Cloud Platform, Koehler was chief technology and information officer at The Weather Channel Companies (TWCC), before it was acquired in 2015 by IBM. In this position, he was responsible for setting the strategic vision, development, technical operations, financial planning and execution of all technology initiatives for TWCC. Under his leadership, the company launched its largest public, cloud-based API platform and migrated from 13 legacy data centers into a fully cloud-based company. Additionally, Koehler established leading partnerships with global technology companies such as Google, Apple, and Microsoft, as well as an independent developer network.