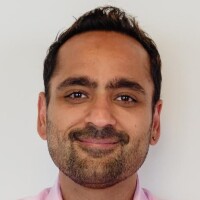 Amandeep is chief executive officer and co-founder at Okera, which he launched in 2016 with CTO and co-founder Nong Li. While supporting customer cloud initiatives at Cloudera and playing an integral role at AWS on the Elastic MapReduce team, Amandeep oversaw some of the industry’s largest big data implementations. After witnessing first-hand the challenges companies faced in adopting big data technologies, especially in the cloud, he founded Okera to empower all users with easy data access through a unified, secure and governed platform across heterogeneous sources.