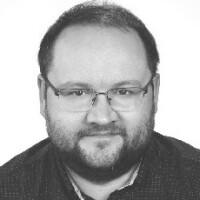 Alexey 'Alex' Kobets is chief technology officer at Virtuozzo, a hyperconverged infrastructure firm. He has over 14 years of virtualization software engineering experience. He began his career at Virtuozzo in 2001 and was part of the original team at SWSoft which later became Parallels. He is responsible for leading the research and development of the Virtuozzo virtualization infrastructure platform including all core container technologies, Pstorage, hypervisor and VDI.